We’re ecstatic to introduce the newest addition to our Union Kitchen & Tap Family, Executive Chef Erik Miller! Miller always knew he wanted to be a chef and he started working toward that goal at a very young age. In high school, he took every opportunity to gain knowledge in the kitchen which led him to take cooking classes while also participating in an in-school cooking academy focused around Home Economics Related Occupations (HERO). At age 15, He even worked in an Italian restaurant as a dishwasher where he worked his way up to a prep cook!

After high school he enrolled into Le Cordon Bleu Culinary School where he gained even more experience and knowledge in his craft. Miller graduated from culinary school in 2008 with Honors. Soon after school, he began working at a heavily Asian influenced restaurant, which to this day influences his cooking style and flavors.

Since his first job, he has cooked in many styles of restaurants from gastro pubs to James Beard Award winning restaurants, all of which he has taken considerable knowledge and skill. When asked, he describes his style as simple, clean and well-executed. He says of his style, “I’m always looking  to work with new and interesting ingredients and love the challenge of the unknown. I’ll try anything twice!” 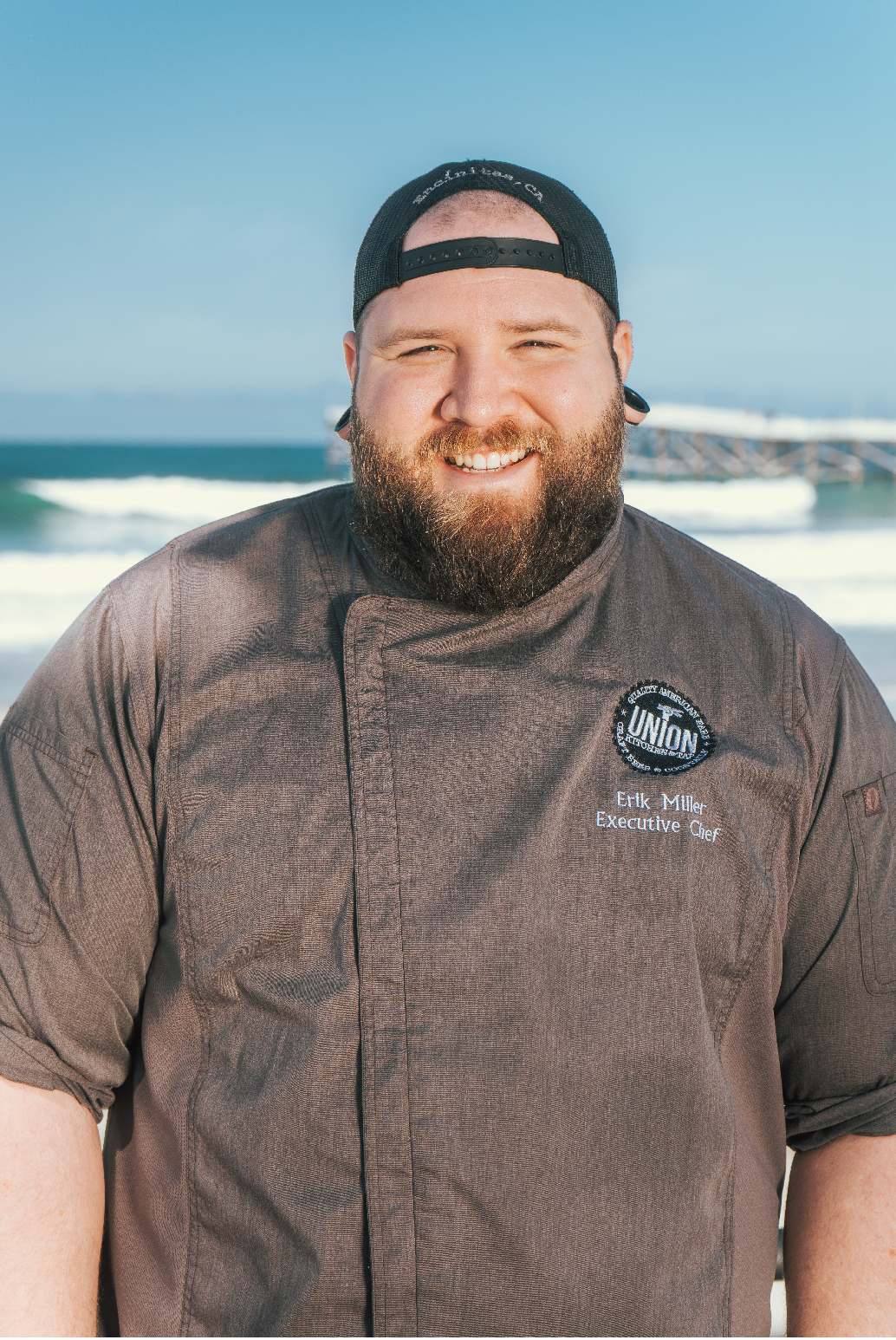 Chef Miller is already such an incredible addition to our team and we can’t wait to try all of his tasty new creations! Keep an eye out for our Summer 2019 menu rolling out soon!