Join us on Sunday, March 15th to toast Space Bat and the tenacity in all of us! 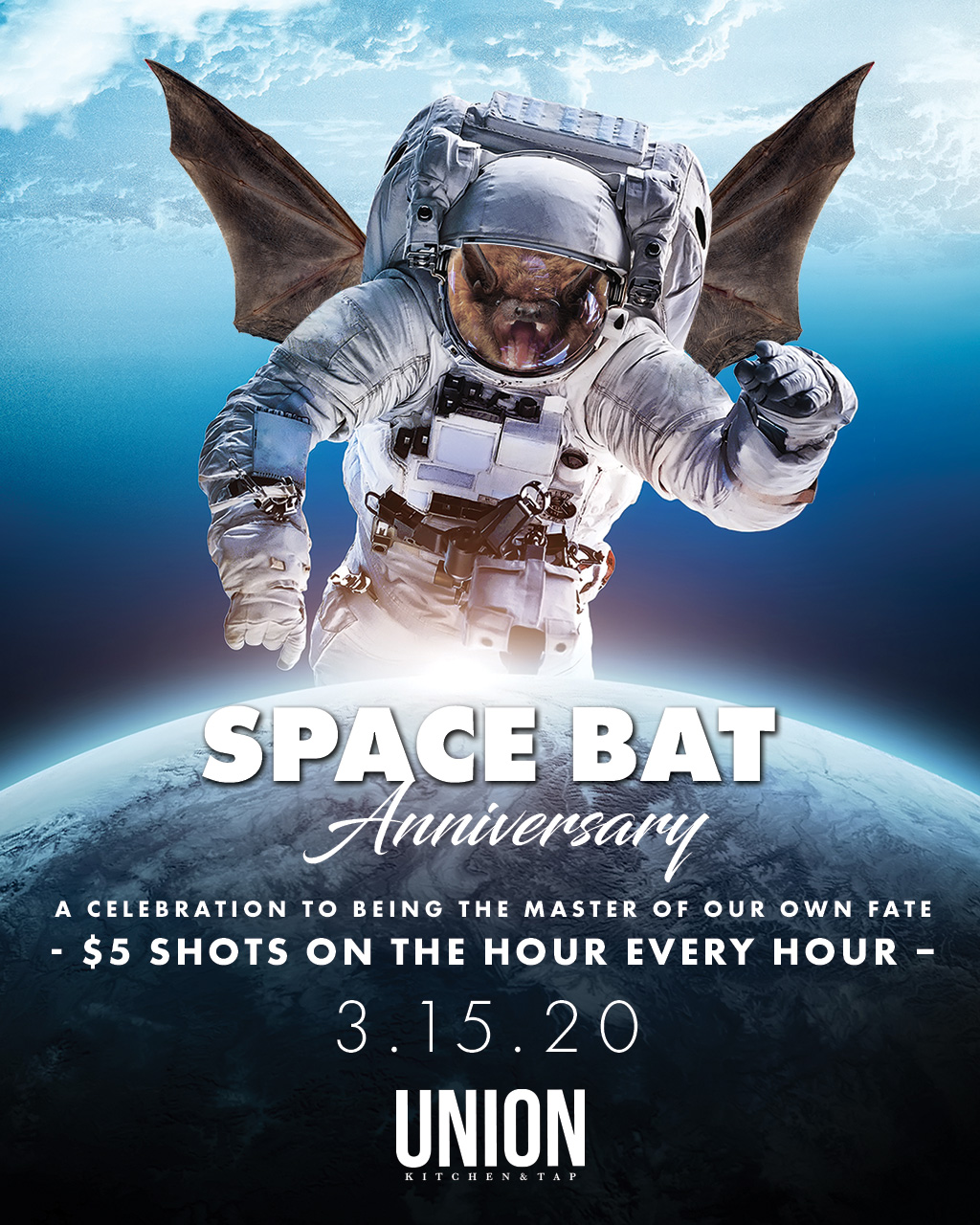 On the hour, every hour we will offer $5 shot specials in honor of the brave little bat who became the master of his own fate (*special available for 15 minutes before the hour).

For those unfamiliar with the story of Space Bat:

On March 15, 2009, during launch preparations for STS-119, a free-tailed bat, injured and frightened, latched onto the foam insulation of Space Shuttle Discovery’s external propellant tank. His wing was

broken and thus his life would soon end. But bereft of his ability to fly the little brave bat had stars in his weak little eyes. The launch commenced, and Spacebat trembled as his frail mammalian body was gently pushed skyward. For the last time, he felt the primal joy of flight; for the first, the indescribable feeling of ascending toward his dream—a place far away from piercing screeches and crowded caves, stretching forever into fathomless blackness.Whether he was consumed in the exhaust flames or frozen solid in the stratosphere is of no concern. We know that Spacebat died, but his dream will live on in all of us.