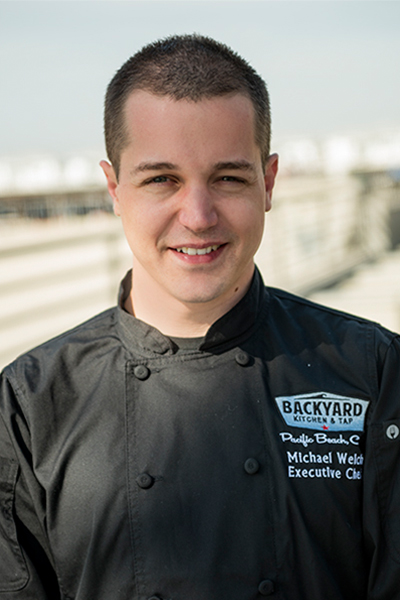 Chicago, IL and started his career in hospitality as a busser and food runner but quickly found himself in the kitchen not long after. After high school, Michael studied at Le Cordon Bleu. Once he had established a strong foundation in efficiency and volume on the corporate side, Michael transitioned to work in higher caliber restaurants where he continued to both grow his experience and nurture his passion.

He started his journey with OMG Hospitality Group at Union and after about 8 months, he packed up and headed to Pacific Beach as the new Executive Chef at Backyard Kitchen & Tap where he’s worked for the past 1 ½ years. He also assisted in setting up and running the kitchen in OMG’s latest venture, the Union Food Truck.

Now Chef Michael is headed back up to North County as Union Kitchen & Tap’s newest Executive Chef and we’re so excited to see (and taste) the great things he’ll do!